The post addresses a tactical neighbourhood policing plan about local crime and anti-social behaviour problems in a run-down area of London. The crimes include behaviour problems consist of bullying of vulnerable families, drug dealing and illegal drug taking, broken windows, littering and graffiti. 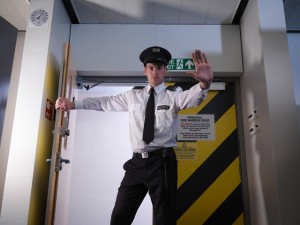 To some extent, anti-social behaviours tend to receive low attention from the police as the law enforcement officer direct their effort to what they consider to be “real crime”. However, unknown to many, anti-social behaviours tend to cause a lot of discomfort in many neighbourhoods and affects the general quality of life. On average, 3.5 million cases of anti-social behaviours are reported to the police per year. This figure does not include those cases reported to councils, social landlords and those not reported at all (Home Office 2008). They are of immediate concern. This justifies the need to create a tactical plan that can address these issues. Maintaining a safe neighbourhoods require a shift from the tradition actual policing to a more integrated approach that involves cooperation between the police, the community and the victims (Communities and Local Government 2008). This is very important as some of these issues are local; they vary from one estate to another. The tactical plan involves a collaboration of the local professionals, the local community, and the police working in the metropolitan estate.

For many years, the policing in the UK have involved a top down approach.  This kind of approach has not been very successful as it misses some of the most crucial points. To address a local crime, the local community has to be involved. The directions that come directly from the Whitehall are likely to be misguided as to what may be of concern to the local people and on the possible solution. It is from this understanding the any tactical plan that is bound to work for the metropolitan estate should embrace the input of the local community, or what the Sussex Police (2012) call an extended police family.

The benefits of using the local people to fight local crime and antisocial behaviour are many. One of the most important is that the local people understand the nature of the criminal and antisocial behaviour activities taking place in their neighbourhood (Home Office 2012). The local people are also in a position to come up with the best solution, that is, a homemade solution. The current legal structure designed from a top down approach and meant to work uniformly across all the estate like the Anti-Social Behaviour Order and Crime and Disorder ACT 1998 may not work in the metropolitan estate.

The community policing programme that creates a team of neighbourhood watch will comprise of volunteers, local professionals, and the local residence themselves (Home Office 2008). Taking advantage of the ongoing government restructuring of the security system, the metropolitan estate should be allowed to have a team of elected police and crime commissioners. The whole idea is to tackle crime from a local perspective. Elected police and crime commissioners should help in holding the local police accountable. Through their votes, the local people will have a more influential voice on how the local security is managed. They will put more pressure the local security system to act promptly to incidences of crime and keep the police force constantly in action.

Religion is an important platform for triggering the necessary community activism. The security structure in the metropolitan estate should harness the energy and the influence of religious leaders in assisting the community to respond to antisocial behaviours. Religion is also an important platform for impacting social morals to the residents. Another platform that will be effective includes creating a strong and responsive association of households. This association will be able to deal with local crime and come up with solutions that are effective.

Recognising that a tactical plan should be active rather than reactive, putting up measures that are preventative is of great importance Krohn, Lizotte and Hall 2012, p.268).  Preventative measures include such issues as street-by-street mapping and maintaining an accurate estate intelligence model. Street mapping is important to identify security hot spots. When the hotspots are well known, the police and the community can easily keep a close watch.  An accurate intelligence model should help the police to act and foil criminal activities long before they happen. This is very possible when the police, local professionals and the local community are well integrated.

Like the Draft Antisocial Bill proposes to do, the local community should have more say in the punishment of local crime offenders. Sometimes most of the local people feel that local offenders do not get a local punishment that is equivalent to their crime. To eradicate crime in the estate, the local people will have a say on how the offenders should be punished. This will not only help a local devise punishment to be deterrent enough, but will also help in redistributive justice.

Taking into cognisance that most of the perpetrators of crime in most of the estates are young people, a tactical neighbourhood policing plan that is bound to succeed must address the youth factor in committing crime and antisocial behaviours. This is very important considering that the youths start with anti-social behaviour before they engage with more serious crime. Early intervention to young people at a tender age before they engage in crimes and other anti-social behaviour should be a priority for every estate. The intervention is the responsibility for the community and the local government at large.

There are several ways through which the young people living in an estate can help to live legally and behave in socially acceptable manners. In the first place, every estate should erect measures aimed at diverting the young people  from criminal and anti-social behaviour activities and directing their energy to more “positive recreational and community activities” (The National Lottery 2012, p.1). As the National Lottery (2012) observes, when the young people energy and enthusiasm is utilised in a positive way, there is notable positive impact especially in areas where there is widespread antisocial behaviours.

The other intervention to young people is to curtail the influence peer groups. It has been noted that in most estates that young people are likely to be sucked into gangs and harassment groups. As a measure, it is important to create a network where the youths can interact with different social groups where they can learn unacceptable behaviours, far from what is taught in gangs. Interacting with other different social groups will help the youth to appreciate themselves and others, learn new social and relationship skills and help them remain focused in life.

Still to the young people, the metropolitan estate should come up with measures aimed at addressing some of the underlying issues to local crime and antisocial behaviours. Such issues that trigger criminal behaviour are unemployment, substance abuse, debt, poor relationship skills and social networks. Some of these issues may require the local community to work hand in hand with the national government in order to address them effectively.

The other pillar that should ensure check on local community antisocial behaviours is actual policing. As much as the local community should suggest a solution to deal with antisocial behaviour they need the input of local police to deal with local crime. Police are professionally trained in law enforcement. One of the actual policing tactics that should work is police patrols.

Police patrols are important in two ways. One, police patrols act as a way of creating deterrence. Criminals will refrain from committing crime if the police are always seen around or are within the vicinity. Since the street will be mapped, the police on patrol will keep a close surveillance on the hot spots. In this way, the criminals will not have an opportunity of committing the crime. The second way is that the police on patrol will be more responsive to a scene of crime compared to those stationed in a police station. Quick response to a scene of crime is important in apprehending the perpetrators, and in the long run will also act as deterrence.

Embracing technology will be a key factor in dealing with local crime. Installing security gadgets such as CCTV cameras will help in apprehending the offenders (O’Brien and Yar 2012, p.74). This is very important especially for those offenders who engage in littering and graffiti. CCTV cameras are also a form of deterrence. Potential offenders will not commit the crime if they are aware that they can be caught on camera. Technology will also help in keeping a crime database. The database is very important in identifying repeat offenders and coming with the intervention measures that can reduce crime offences. In the long run, an accurate database will help in the assessment of the measures that are working and those that need improvement.

In summary, an effective neighbourhood watch, youth intervention, technology, and actual policing will be the pillars of the tactical neighbourhood policing plan. Neighbourhood watch is far emphasised in these plan in recognition that local crime need local solution. In short, addressing the local crime requires a bottom up approach as opposed to the traditional top down approach. Central to the success of this plan is an active community that is responsive to its local needs.

Home Office (2008) From the Neighbourhood to the National:  Policing Our Communities Together. London: Crown