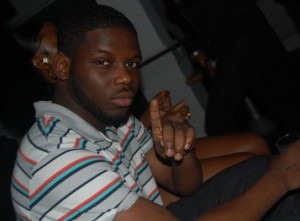 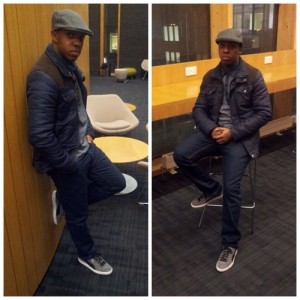 This other guy who calls himself Claudio Porter followed the footsteps of his friend and ordered his final year dissertation from us. He is pursuing “Information Systems BSc (Hons)” from University Square Campus, Luton.

Below you will find a detailed account of how these scam artists operated.

We first received an order for £123 from a Nigerian who calls himself Don Riko (Don Sevensi). He used the email yem1112@hotmail.com which is his active Facebook email as well, as shown below. Click on the picture below to zoom in and check this scamster out. 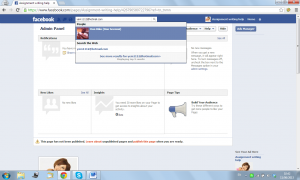 He ordered an assignment on Criminal Law on Tactical Neighbourhood Policing Plan and chose a 12 hour deadline. The assignment was delivered as ordered but we later received a chargeback from the card holder. The address given by Don Sevensi while ordering the assignment does not exist and he did not give a phone number where he can be reached.

His assignment question and the paper we delivered are pasted at the end of this blog.

Below are some more screenshots from his Facebook Profile. 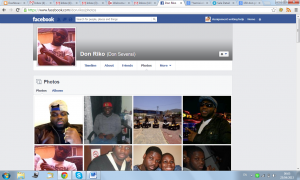 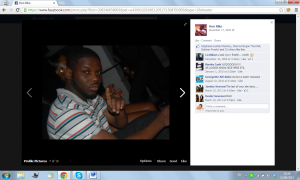 We checked out Don Sevensi on Twitter and found his profile. The screenshots below show his profile. 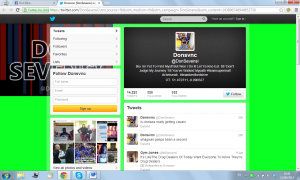 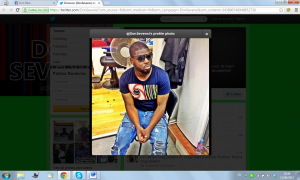 He has stated in one of his tweets that he is a student of the University of Luton and is pursuing the Crime and Deviance Module. (He probably needs to know the legal system to save himself, because a world of crime is where he is headed!) The screenshot below shows his tweet where he discusses about his module and university. 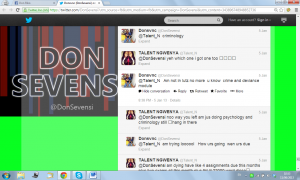 The second scam artist calls himself Claudio Porter (James Claudio). He ordered his Information Systems assignment on 15 April 2013 using the email porter.claudio@yahoo.co.uk. The order amounted to £459 and was due for delivery in 7 days.

Claudio Porter is a friend of Don Sevensi, as shown in the screenshot of the latter’s Twitter page. 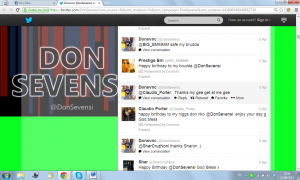 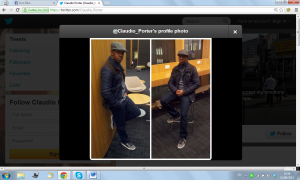 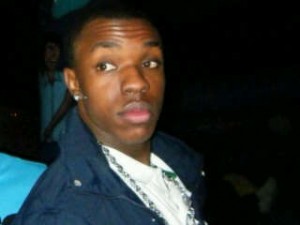 Claudio Porter also has an alternate Twitter profile SocioC1audio, which he primarily uses to try his luck at finding girls. A screenshot is below. 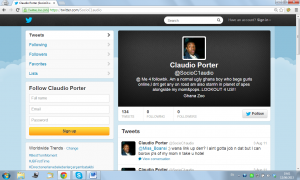 Claudio’s assignment was a dissertation on Content Management System for Travel Information (NTIK) which included writing a report and coding the program. The assignment was duly delivered to him in a week, during which there was a lot of communication about the specific requirements of the assignment.

Claudio is pursuing the course Informations Systems BSc (Hons) from the University of Luton. He has stated this himself as shown in the screenshot of his tweet below. 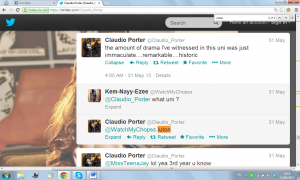 Once we delivered the assignment to him, he wanted to order an additional long report due in 24 hours and was ready to pay about £450 for the same. We suspected him and told him our Payment Gateway was temporarily not active and that if he wanted the report, he will have to send the money through Western Union or direct bank transfer. We also told him we were not sure when we can start accepting payments online through a credit card and that if he transferred through Western Union or the bank, we would be happy to give him upto 40% discount to make up for the inconvenience. He refused and said he would rather pay 100% using a card than pay half the amount in cash. This is very typical of a credit card fraudster because he always uses a stolen credit card and does not mind paying a huge amount and is not keen on discounts.

He also tried to scam us again by creating another fake email address and ordering another urgent programming assignment on Creating an Online Parking System; and was ready to pay upto £850 but was insistent on only paying using a credit card and not a direct bank transfer.

The details of the first assignment we did for Claudio including the question and the solution can be found at the blog http://programmingassignmenthelp.blogspot.com where we published it so that he could not submit it.

The assignment done for Don Sevensi can be found here.